The new Suvarnabhumi Airport, which is due to replace the overloaded and unexpandable Bangkok International Airport (Don Muang), is scheduled to open in September 2006.

The construction of the new Suvarnabhumi airport began in January 2002 and is located 30km east of Bangkok. The current major international airport Don Muang will be relegated to domestic only status when the new airport opens. Don Muang is currently the world’s 22nd busiest airport and the busiest in Southeast Asia, but it has already reached its full capacity at over 37mn passengers per year.

Suvarnabhumi Airport will operate as many as 76 flights per hour on two simultaneous runways; it will have 51 aircraft stands and 69 remote parking bays for wide bodied aircrafts and handle over 1.46mn tons of cargo annually. 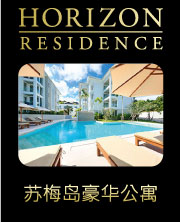